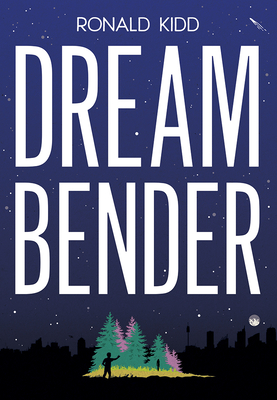 Everyone in the City is assigned a job by the choosers—keeper, catcher, computer. Callie Crawford is a computer. She works with numbers: putting them together, taking them apart. Her work is important, but sometimes she wants more. Jeremy Finn is a dreambender. His job is to adjust people's dreams. He and others like him quietly remove thoughts of music and art to keep the people in the City from becoming too focused on themselves and their own feelings rather than on the world. They need to keep the world safe from another Warming. But Jeremy thinks music is beautiful, and when he pops into a dream of Callie singing, he becomes fascinated with her. He begins to wonder if there is more to life than being safe. Defying his community and the role they have established for him, he sets off to find her in the real world. Together, they will challenge their world's expectations. But how far will they go to achieve their own dreams?

Ronald Kidd is the author of ten novels for young readers, including the highly acclaimed Night on Fire and Monkey Town: The Summer of the Scopes Trial. His novels of adventure, comedy, and mystery have received the Children's Choice Award, an Edgar Award nomination, and honors from the American Library Association, the International Reading Association, the Library of Congress, and the New York Public Library. He is a two-time O'Neill playwright who lives in Nashville, Tennessee.