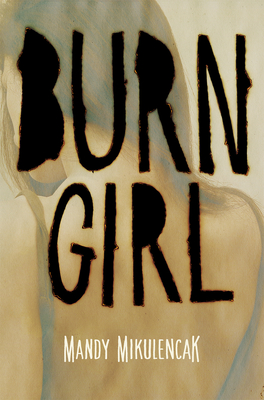 Arlie's face was disfigured by burns when her stepfather's meth lab exploded. After that, Arlie discovered the street smarts and survival skills she needed to shelter her addict mother, since the law and Lloyd, her deranged stepfather, are both looking for them. People died in the explosion and everyone wants answers. But Arlie's carefully constructed world is ripped apart when her mother overdoses shortly after Arlie's 16th birthday. Now she can no longer remain hidden. Social Services steps in and before Arlie can make sense of anything, she is following the rules, going to school, and living in a 31-foot Airstream trailer with an eccentric uncle she didn't even know she had. Then she meets a boy who doesn't care about her scars or her past. Just when she begins to think a normal life might be possible, Lloyd shows up. He's looking for the drug money he insists Arlie's mother stole. Will Arlie be able to shield her Uncle and her boyfriend from Lloyd? Did Lloyd somehow play a role in her mother's death? And can she get rid of him once and for all before her world blows apart again?

Mandy Mikulencak has been a writer her entire working life. First, as a journalist then as an editor and PR specialist for two national nonprofits and a United Nations agency. Today she lives in the mountains of Southwest Colorado with her husband, Andy. She writes YA and adult fiction.