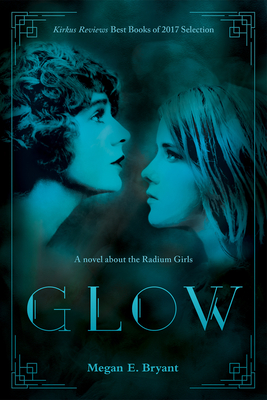 Lydia is thrilled to join the working girls in the factory, where they paint luminous watch dials for the soldiers fighting in World War I. In the future, these girls will be known as the tragic Radium Girls: factory workers not only poisoned by the glowing paint, but who also had to fight against men who knew of the paint's deadly effect. One hundred years later, Julie, whose life is on hold after high school, becomes intrigued by a series of mysterious antique paintings she finds in a thrift store. When she discovers their hidden-and increasingly nightmarish-glowing images, Julie is determined to learn more about them. As Julie's obsession mounts, truths about the Radium Girls-and her own complicated relationships-are revealed. Can she uncover the secrets behind the paintings before she puts herself and everyone she loves at risk?

"STARRED REVIEW! Alternating chapters follow Julie's quest and present decades-old love letters written by Lydia, a white radium factory worker, both slowly revealing the horrific story of young women who were exposed to radioactive paints. With this interleaved technique, Bryant brilliantly lures readers into an engaging mystery, a page-turner that begins beneath layers revealed in both paintings and chapters. A riveting story of ambitious and self-sufficient women, both in the present and past." —Kirkus Reviews starred review

"This fictionalized take on the Radium Girls is by turns suspenseful, macabre, and, at points, quite gory. Bryant doesn’t shy away from the true horrors that befell these women . . . . An eye-opening window into a troubling moment in history." —Booklist

"STARRED REVIEW! As each girl tells their story, the true events and stories of the real radium girls are brought to light. Bryant’s novel will surely spur readers to learn more about this dark part of history." —School Library Journal

Megan E. Bryant has written dozens of books for kids and young adults. She lives in Winston-Salem, North Carolina and teaches writing at Salem College.
Loading...
or
Not Currently Available for Direct Purchase