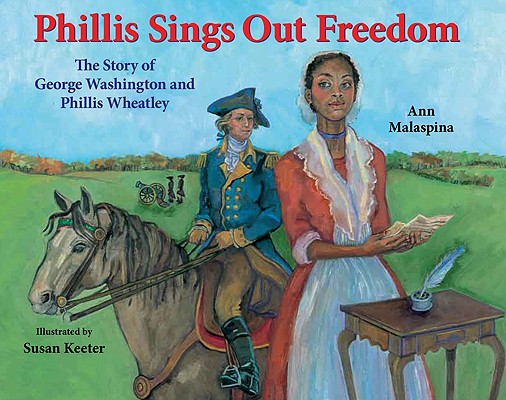 The Story of George Washington and Phillis Wheatley

In the fall of 1775, General George Washington was struggling to find a way to fight the British so that the colonies could be free from England. Phillis Wheatley, and African American poet who herself had struggled to gain freedom, decided to write Washington a poem of encouragement. Ann Malaspina's inspiring story shows the life and times of these two brave people who did so much to lay the foundation of our country.