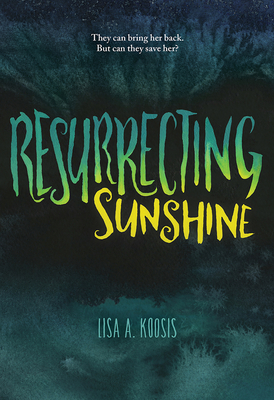 At seventeen, Adam Rhodes is famous, living on his own, and in a downward spiral since he lost the girl he loved. Marybeth—stage name Sunshine—was his best friend from the days they were foster kids; then she was his girlfriend and his band mate. But since her accidental death, he's been drinking to deal with the memories. Until one day, an unexpected visitor, Dr. Elloran, presents Adam with a proposition that just might save him from himself. Using breakthrough cloning and memory-implantation techniques, Dr. Elloran and the scientists at Project Orpheus want to resurrect Marybeth, and they need Adam to "donate" intimate memories of his life with her. The memory retrieval process forces Adam to relive his life with Marybeth and the devastating path that brought them both to fame. Along the way, he must confront not only the circumstances of her death but also his growing relationship with the mysterious Genevieve, daughter of Project Orpheus's founder. As the process sweeps Adam and Marybeth ever closer to reliving the tragedy that destroyed them, Adam must decide how far he'll go to save her.

Lisa A. Koosis graduated from Long Island University with a degree in writing. A prize-winning short story writer, her fiction has appeared in numerous magazines and anthologies. Resurrecting Sunshine is her debut novel. Lisa lives in New York.