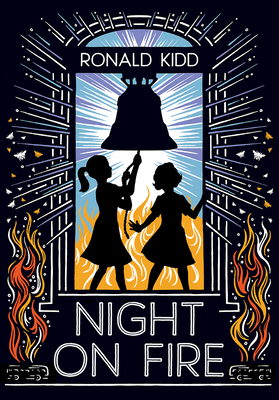 Thirteen-year-old Billie Simms doesn’t think her hometown of Anniston, Alabama, should be segregated, but few of the town’s residents share her opinion. As equality spreads across the country and the Civil Rights Movement gathers momentum, Billie can’t help but feel stuck--and helpless--in a stubborn town too set in its ways to realize that the world is passing it by. So when Billie learns that the Freedom Riders, a group of peace activists riding interstate buses to protest segregation, will be traveling through Anniston on their way to Montgomery, she thinks that maybe change is finally coming and her quiet little town will shed itself of its antiquated views. But what starts as a series of angry grumbles soon turns to brutality as Anniston residents show just how deep their racism runs. The Freedom Riders will resume their ride to Montgomery, and Billie is now faced with a choice: stand idly by in silence or take a stand for what she believes in. Through her own decisions and actions and a few unlikely friendships, Billie is about to come to grips with the deep-seated prejudice of those she once thought she knew, and with her own inherent racism that she didn’t even know she had.

Ronald Kidd is the author of ten novels for young readers, including the highly acclaimed Monkey Town: The Summer of the Scopes Trial. His novels of adventure, comedy, and mystery have received the Children's Choice Award, an Edgar Award nomination, and honors from the American Library Association, the International Reading Association, the Library of Congress, and the New York Public Library. He is a two-time O'Neill playwright who lives in Tennessee.