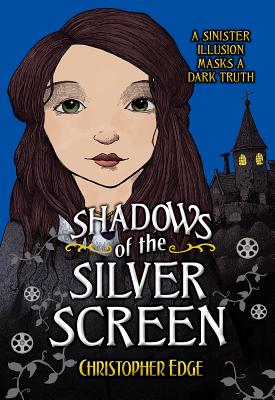 Shadows of the Silver Screen (The Penelope Tredwell Mysteries #2) (Hardcover)

As the age of the silent film dawns, a mysterious filmmaker approaches the Penny Dreadful with a proposal to turn Montgomery Flinch's sinister stories into motion pictures. With Monty starring in the production, filming begins but is plagued by a series of strange and frightening events. As Monty pleads with Penny to help him, she is drawn into the mystery, but soon finds herself trapped in a nightmare penned by her own hand. Can Penny uncover the filmmaker's dark secret in time?