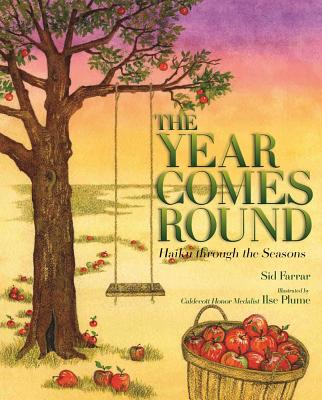 The Year Comes Round

Haiku through the Seasons

Sid Farrar works in publishing and lives with his wife, Wendy, in Minneapolis, Minnesota. He has three grown children, Dan, Rose, and Jacob and a grandson, Vinny. Sid wrote poems for his kids when they were little, including some of the poems in this book. He enjoys the change of seasons on his walks in the woods and around the lakes of Minnesota and Wisconsin.

Ilse Plume is a collector and illustrator of children's songs and folktales from around the world. Her first book, The Bremen Town Musicians, was a Caldecott Honor book for 1981. She has since created many other beautiful works, including The Twelve Days of Christmas and The Velveteen Rabbit. She lives in Boston, Massachusetts.