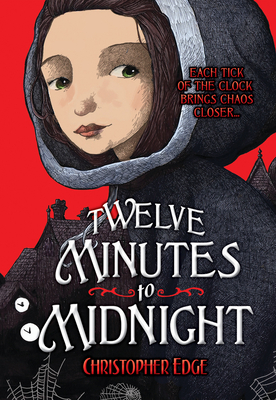 Penelope Tredwell is the feisty thirteen-year-old orphan heiress of Victorian Britain's bestselling magazine, the Penny Dreadful. Her spine-chilling tales—concealed under the pen name Montgomery Finch—are gripping the public. One day she receives a letter from the governor of the Bedlam madhouse requesting Finch's help to investigate the asylum's strange goings-on. Every night at precisely twelve minutes to midnight, the inmates all begin feverishly writing-incoherent ramblings that Penelope quickly realizes are frightening visions of the century to come. But what is causing this phenomenon? In the first book of this smart new series, Penelope is drawn into a thrilling mystery more terrifying than anything she could ever imagine!

Christopher Edge is the author of many books for children including The Dead Ways, The Army of the Dead, and How to Be a Hero. He lives in England. www.christopheredge.co.uk