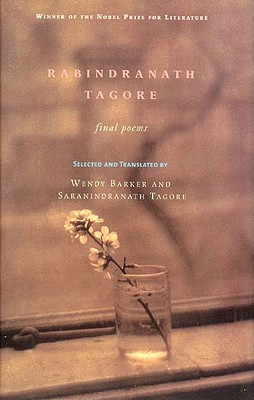 The brilliant and immensely prolific Indian writer Rabindranath Tagore (1861-1941) is known the world over for his accomplished works in an astoundingly wide range of genres: fiction, short stories, poetry, drama, and essays. During the final year of his life, while suffering from the painful illness that would eventually end in his death, Tagore completed four volumes of poetry that expressed the emotional turmoil of facing one's own imminent extinction. Appearing here for the first time in English is a selection of these extraordinary poems that captures as closely as possible the beauty and subtlety of Tagore's original Bengali verses. A marked departure from Tagore's earlier work, these poems are, as the translators say, "so compact that it is almost as if [he]...were going beyond words, as if language no longer suffices, and yet, of course, the language radiates meaning." Poised between life and death, Tagore is awed by the beauty of this world and glimpses in it the presence of the infinite ("Such splendor illuminates a deathlessness/ hidden in the everyday by our senses' limits"). At other times, "alone by sorrow's last window," he is gripped by the sheer terror of experiencing the relentless approach of death. Tagore was so weak at the end that he had to dictate his poems. Although the pain was often excruciating and the fear and anger overwhelming, he still exulted in life. In these poems, from his deathbed, he conveys the intense joy of living and his ultimate triumph over death.
or
Buy Here
Copyright © 2020 American Booksellers Association