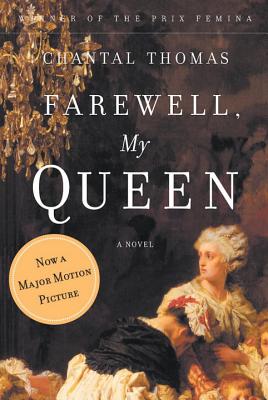 A woman whose function it once was to read books aloud to Marie Antoinette is haunted by the memory of her last days at the French court of Versailles, when Louis XVI's magnificent palace succumbed to the irrepressible forces of revolution. Now exiled in Vienna, Madame Agathe-Sidonie Laborde looks back twenty-one years to the legendary opulence of Versailles and, overcome with nostalgia and remorse, discovers the full measure of her fascination with the Queen she served. Madame Laborde takes the reader within the palace, meticulously reconstructing the 14th, 15th, and 16th of July 1789feverish days when the servants have disappeared and many of the courtiers are fleeing. Versailles' miniature universe, sparkling with every outward appearance of happiness and beauty, is brilliantly juxtaposed with the chaos that erupts. We witness the unraveling of the palace's dawn-to-dusk ritual and the rising panic of the court as Versailles edges closer and closer to collapse. With the revolutionaries virtually at the gates of the palace, Madame Laborde herself flees the night of the 16th, escaping with members of the once-powerful de Polignac family. Transporting us to revolutionary France with the knowledge and insight of an historian and with the skill of a consummate storyteller, Thomas evokes this historical moment more powerfully than any historical analysis can.

Moishe Black is emeritus professor of French at the University of Saskatchewan in Canada. He is the translator of Farewell, My Queen by Chantal Thomas.

Moishe Black is emeritus professor of French at the University of Saskatchewan in Canada. He is the translator of Farewell, My Queen by Chantal Thomas.
Loading...
or
Not Currently Available for Direct Purchase