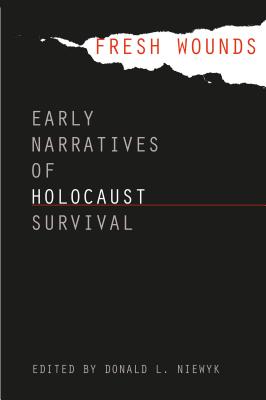 Every student of the Holocaust knows the crucial importance of survivors' testimonies in reconstructing the crime. Most such accounts, however, were recorded years or even decades after the end of World War II. The survivor narratives that make up this volume, in contrast, were gathered immediately after the war. In 1946, Russian-born American psychologist David P. Boder interviewed 109 victims of Nazi persecution--the majority of them Jews--in Displaced Persons camps across Europe. The thirty-six accounts collected here possess an immediacy and authenticity that might otherwise be questioned in memoirs penned long after the events they detail.

These interviews encompass survivors from Poland, Lithuania, Germany, France, Slovakia, and Hungary, ranging in age from their early teens to their seventies. Their remarkable stories shed light on such controversial subjects as relations between Jews and neighbors or strangers who extended or withheld aid, opportunities for and obstacles to Jewish resistance, the victims' knowledge--or lack of knowledge--about the fate that awaited them in Nazi hands, survival strategies, women's experience of the Holocaust, the Nazi practice of placing prisoners in charge of their fellow inmates, and the liberators' postwar treatment of freed concentration camp inmates.

In an introduction, Donald Niewyk describes this extraordinary interviewing project and traces the overwhelming obstacles Boder faced in finding an audience for the survivor narratives he collected.