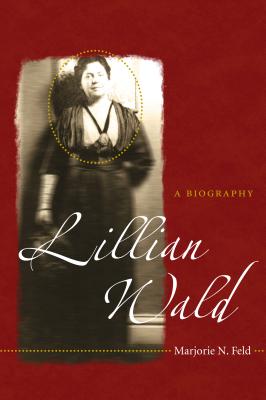 Founder of Henry Street Settlement on New York's Lower East Side as well as the Visiting Nurse Service of New York, Lillian Wald (1867-1940) was a remarkable social welfare activist. She was also a second-generation German Jewish immigrant who developed close associations with Jewish New York even as she consistently dismissed claims that her work emerged from a fundamentally Jewish calling. Challenging the conventional understanding of the Progressive movement as having its origins in Anglo-Protestant teachings, Marjorie Feld offers a critical biography of Wald in which she examines the crucial and complex significance of Wald's ethnicity to her life's work. In addition, by studying the Jewish community's response to Wald throughout her public career from 1893 to 1933, Feld demonstrates the changing landscape of identity politics in the first half of the twentieth century.
Feld argues that Wald's innovative reform work was the product of both her own family's experience with immigration and assimilation as Jews in late-nineteenth-century Rochester, New York, and her encounter with Progressive ideals at her settlement house in Manhattan. As an ethnic working on behalf of other ethnics, Wald developed a universal vision that was at odds with the ethnic particularism with which she is now identified. These tensions between universalism and particularism, assimilation and group belonging, persist to this day. Thus Feld concludes with an exploration of how, after her death, Wald's accomplishments have been remembered in popular perceptions and scholarly works. For the first time, Feld locates Wald in the ethnic landscape of her own time as well as ours.