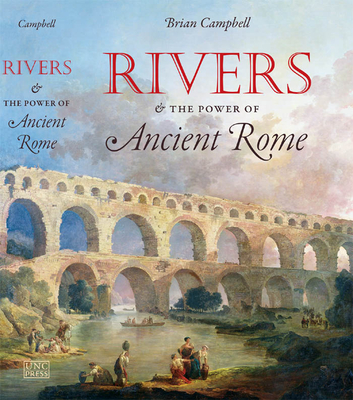 Figuring in myth, religion, law, the military, commerce, and transportation, rivers were at the heart of Rome's increasing exploitation of the environment of the Mediterranean world. In Rivers and the Power of Ancient Rome, Brian Campbell explores the role and influence of rivers and their surrounding landscape on the society and culture of the Roman Empire.

Examining artistic representations of rivers, related architecture, and the work of ancient geographers and topographers, as well as writers who describe rivers, Campbell reveals how Romans defined the geographical areas they conquered and how geography and natural surroundings related to their society and activities. In addition, he illuminates the prominence and value of rivers in the control and expansion of the Roman Empire--through the legal regulation of riverine activities, the exploitation of rivers in military tactics, and the use of rivers as routes of communication and movement. Campbell shows how a technological understanding of--and even mastery over--the forces of the river helped Rome rise to its central place in the ancient world.