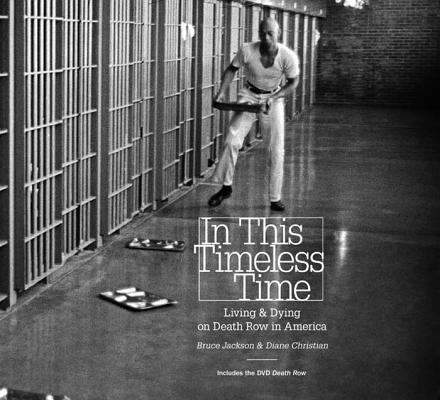 In This Timeless Time

In this stark and powerful book, Bruce Jackson and Diane Christian explore life on Death Row in Texas and in other states, as well as the convoluted and arbitrary judicial processes that populate all Death Rows. They document the capriciousness of capital punishment and capture the day-to-day experiences of Death Row inmates in the official nonperiod between sentencing and execution.

In the first section, Pictures, ninety-two photographs taken during their fieldwork for the book and documentary film Death Row illustrate life on cell block J in Ellis Unit of the Texas Department of Corrections. The second section, Words, further reveals the world of Death Row prisoners and offers an unflinching commentary on the judicial system and the fates of the men they met on the Row. The third section, Working, addresses profound moral and ethical issues the authors have encountered throughout their careers documenting the Row.

Included is a DVD of Jackson and Christian's 1979 documentary film, Death Row.