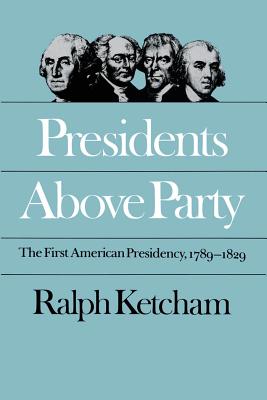 The First American Presidency, 1789-1829 (Published by the Omohundro Institute of Early American Histo)

George Washington's vision was a presidency free of party, a republican, national office that would transcend faction. That vision would remain strong in the administrations of John Adams, Thomas Jefferson, James Madison, James Monroe, and John Quincy Adams, yet largely disappear under Andrew Jackson and his successors.

This book is a comprehensive and pathbreaking study of the early presidency and the ideals behind it. Ralph Ketcham examines the roots of nonpartisan leadership in Western thought and the particular influences on the founding fathers. Intellectual and political profiles of the first six presidents and their administrations emphasize the construction each put on the office, the challenges he faced, and the compromises he did and did not make. The erosion of nonpartisanship under Andrew Jackson is presented as a counterpoint that helps define the early presidency and the permanent transition from it.

Addressing the thoughtful citizen as well as the scholar, the author poses the fundamental questions about presidential leadership, then and now. The best study of the early presidency, this book is an intellectual portrait of the age that will challenge received notions of American history.