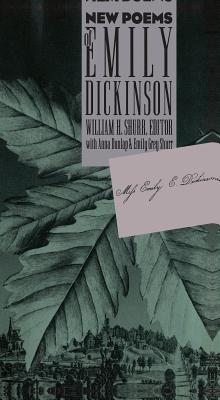 For most of her life Emily Dickinson regularly embedded poems, disguised as prose, in her lively and thoughtful letters. Although many critics have commented on the poetic quality of Dickinson's letters, William Shurr is the first to draw fully developed poems from them. In this remarkable volume, he presents nearly 500 new poems that he and his associates excavated from her correspondence, thereby expanding the canon of Dickinson's known poems by almost one-third and making a remarkable addition to the study of American literature. Here are new riddles and epigrams, as well as longer lyrics that have never been seen as poems before. While Shurr has reformatted passages from the letters as poetry, a practice Dickinson herself occasionally followed, no words, punctuation, or spellings have been changed. Shurr points out that these new verses have much in common with Dickinson's well-known poems: they have her typical punctuation (especially the characteristic dashes and capitalizations); they use her preferred hymn or ballad meters; and they continue her search for new and unusual rhymes. Most of all, these poems continue Dickinson's remarkable experiments in extending the boundaries of poetry and human sensibility.

William H. Shurr, professor of English at the University of Tennessee, is author of several books, including "The Marriage of Emily Dickinson."
Loading...
or support indie stores by buying on