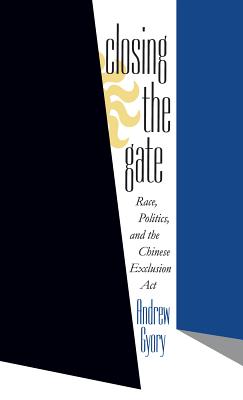 The Chinese Exclusion Act of 1882, which barred practically all
Chinese from American shores for ten years, was the first federal
law that banned a group of immigrants solely on the basis of race
or nationality. By changing America's traditional policy of open
immigration, this landmark legislation set a precedent for future
restrictions against Asian immigrants in the early 1900s and
against Europeans in the 1920s.
Tracing the origins of the Chinese Exclusion Act, Andrew
Gyory presents a bold new interpretation of American politics
during Reconstruction and the Gilded Age. Rather than directly
confront such divisive problems as class conflict, economic
depression, and rising unemployment, he contends, politicians
sought a safe, nonideological solution to the nation's industrial
crisis--and latched onto Chinese exclusion. Ignoring workers'
demands for an end simply to imported contract labor, they
claimed instead that working people would be better off if there
were no Chinese immigrants. By playing the race card, Gyory
argues, national politicians--not California, not organized
labor, and not a general racist atmosphere--provided the motive
force behind the era's most racist legislation.

Andrew Gyory holds a Ph.D. in American history from the University of Massachusetts. He lives in Maplewood, New Jersey.
Loading...
or support indie stores by buying on