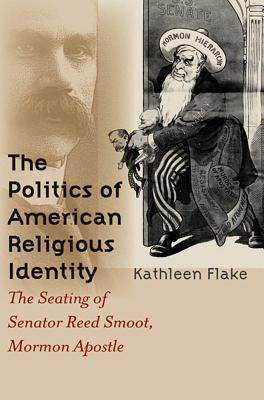 The Politics of American Religious Identity

Between 1901 and 1907, a broad coalition of Protestant churches sought to expel newly elected Reed Smoot from the Senate, arguing that as an apostle in the Church of Jesus Christ of Latter-day Saints, Smoot was a lawbreaker and therefore unfit to be a lawmaker. The resulting Senate investigative hearing featured testimony on every peculiarity of Mormonism, especially its polygamous family structure. The Smoot hearing ultimately mediated a compromise between Progressive Era Protestantism and Mormonism and resolved the nation's long-standing "Mormon Problem." On a broader scale, Kathleen Flake shows how this landmark hearing provided the occasion for the country--through its elected representatives, the daily press, citizen petitions, and social reform activism--to reconsider the scope of religious free exercise in the new century.
Flake contends that the Smoot hearing was the forge in which the Latter-day Saints, the Protestants, and the Senate hammered out a model for church-state relations, shaping for a new generation of non-Protestant and non-Christian Americans what it meant to be free and religious. In addition, she discusses the Latter-day Saints' use of narrative and collective memory to retain their religious identity even as they changed to meet the nation's demands.