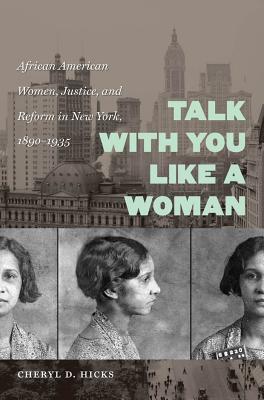 With this book, Cheryl Hicks brings to light the voices and viewpoints of black working-class women, especially southern migrants, who were the subjects of urban and penal reform in early-twentieth-century New York. Hicks compares the ideals of racial uplift and reform programs of middle-class white and black activists to the experiences and perspectives of those whom they sought to protect and, often, control.

In need of support as they navigated the discriminatory labor and housing markets and contended with poverty, maternity, and domestic violence, black women instead found themselves subject to hostility from black leaders, urban reformers, and the police. Still, these black working-class women struggled to uphold their own standards of respectable womanhood. Through their actions as well as their words, they challenged prevailing views regarding black women and morality in urban America. Drawing on extensive archival research, Hicks explores the complexities of black working-class women's lives and illuminates the impact of racism and sexism on early-twentieth-century urban reform and criminal justice initiatives.