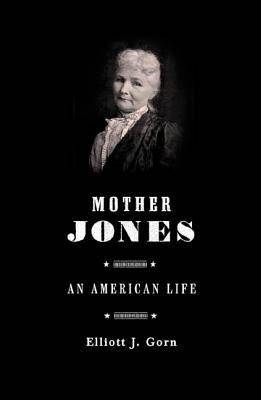 The Most Dangerous Woman in America

Her rallying cry was famous: "Pray for the dead and fight like hell for the living." A century ago, Mother Jones was a celebrated organizer and agitator, the very soul of the modern American labor movement. At coal strikes, steel strikes, railroad, textile, and brewery strikes, Mother Jones was always there, stirring the workers to action and enraging the powerful. In this first biography of "the most dangerous woman in America," Elliott J. Gorn proves why, in the words of Eugene V. Debs, Mother Jones "has won her way into the hearts of the nation's toilers, and . . . will be lovingly remembered by their children and their children's children forever."

Elliott J. Gorn is Professor of History and American Civilization at Brown University.  He is author of The Manly Art (1986); Mother Jones:  The Most Dangerous Woman in America (2001); Dillinger’s Wild Ride (2009); and is coauthor of A Brief History of American Sports (1993).  Gorn is also coeditor of Constructing the American Past—a collection of documents for U.S. history survey courses—now in its seventh edition.

Praise For Mother Jones: The Most Dangerous Woman in America…