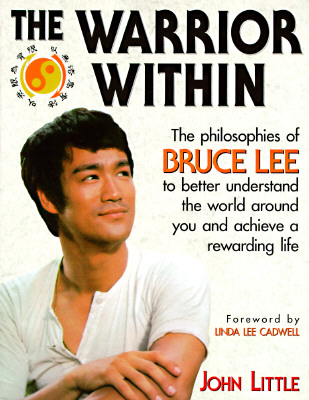 The Philosophies of Bruce Lee

During his lifetime, legendary martial artist Bruce Lee formulated a complex personal philosophy--a synthesis of Eastern and Western ideals--that extolled the virtues of knowledge and total mastery of one's self. However, most of his philosophical writings could be found only within the personal library of the Bruce Lee estate--until now. The Warrior Within is the most comprehensive volume of these teachings, meant to help you apply Lee's philosophies to your own life. This unique guide reveals such life-affirming secrets as: With a foreword by Linda Lee Cadwell and photographs and other memorabilia from Bruce Lee's short but celebrated life, The Warrior Within is an engrossing and easy-to-understand guide to the little-explored world of Bruce Lee. John Little has been identified as one of the foremost authorities on Bruce Lee in the world by Black Belt magazine. He edited a three-volume series for the Bruce Lee estate and has written articles for several publications, including Men's Fitness, Official Karate, and Inside Kung Fu.

John Little is uniquely suited to the task of relating the philosophy of Bruce Lee and his approach to life. Little has a degree in philosophy from McMaster University in Hamilton, Ontario, Canada, is the author of two books on health and fitness (having spent over fifteen years as a writer for several fitness magazines), and is himself a student of Lee's art of jeet kune do. Selected by the Bruce Lee estate, Little is the only person who has ever been authorized to review the entirety of Lee's personal notes, sketches, and reading annotations and to edit books on the subject of Lee's martial art and its far-reaching philosophical underpinnings. Little's keen awareness of the subtleties of both Eastern and Western philosophy coupled with a respect for the preservation of the essence of Lee's words and meaning give this book an integrity that is all too rare.
Loading...
or
Not Currently Available for Direct Purchase