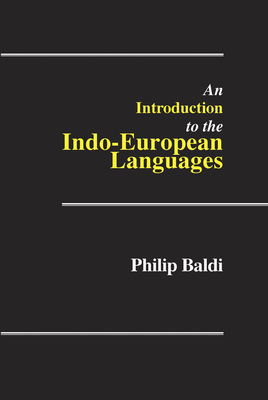 An Introduction to the Indo-European Languages

This comprehensive linguistic survey of the Indo-European groups synthesizes the vast amount of information contained in the spe­cialized handbooks of the individual stocks.

The text begins with an introduction to the concept of the Indo-European language family, the history of its discovery, and the techniques of analysis. The introduction also gives a structural sketch of Proto-Indo-European, the parent language from which the others are descended. Baldi then devotes a chapter to each of the 11 major branches of Indo-European (Italic, Celtic, Indo-Iranian, Greek, Armenian, Albanian, Baltic, Slavic, Germanic, Tocharian, and Anatolian).

Each chapter provides an outline of the external history of the branch, its people, di­alects, and other relevant history. This out­line is followed by a structural sketch of the most important language or languages of the branch (e.g., Old Irish for Celtic, Sanskrit and Avestan for Indo-Iranian, Latin and Osco-Umbrian for Italic). The sketch also contains the phonology, morphology, and syntax of each language. There is lastly a sample text of each language containing both interlinear and free translation. In those branches where there are special issues (e.g., the relation of Italic to Celtic and Baltic to Slavic, or the problem of archaism in Hittite), additional discussions of these issues are pro­vided. Baldi’s final chapter gives a brief out­line of the “minor” Indo-European lan­guages such as Illyrian, Thracian, Raetic, and Phrygian. Adding further to the usefulness of the book are extensive bibliographies, an up-to-date map showing the geographical dis­tribution of the Indo-European languages throughout the world, and a detailed family tree diagram of the members of each sub­group within the Indo-European language family and their interrelationships.

Philip Baldi is Professor of Linguistics and Classics and Director of the Linguistics Pro­gram at Pennsylvania State University. He is co-editor of Readings in Historical Phonology and is on the editorial advisory board of Communications Quarterly.