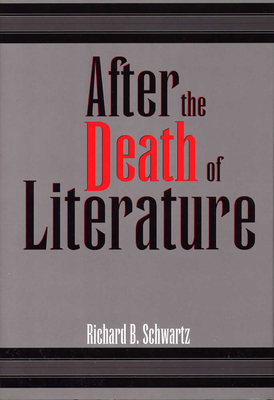 After the Death of Literature

Calling Samuel Johnson the greatest literary critic since Aristotle, Richard B. Schwartz assumes the perspective of that quintessential eighteenth-century man of letters to examine the critical and theoretical literary developments that gained momentum in the 1970s and stimulated the culture wars of the 1980s and 1990s.

Schwartz speculates that Johnson—who revered hard facts, a wide cultural base, and common sense—would have exhibited scant patience with the heavily academic approaches currently favored in the study of literature. He considers it probable that the combatants in the early struggles of the culture wars are losing energy and that, in the wake of Alvin Kernan’s declaration of the death of literature, new battlegrounds are developing. Ironically admiring the orchestration and staging of battles old and new—"superb" he calls them—he characterizes the entire cultural war as a "battle between straw men, carefully constructed by the combatants to sustain a pattern of polarization that could be exploited to provide continuing professional advancement."

In seven diverse essays, Schwartz calls for both the broad cultural vision and the sanity of a Samuel Johnson from those who make pronouncements about literature. Running through and unifying these essays is the conviction that the cultural elite is clearly detached from life: "Academics, fleeing in horror from anything smacking of the bourgeois, offer us something far worse: bland sameness presented in elitist terms in the name of the poor." Another theme is that the either/or absolutism of many of the combatants is "absurd on its face [and] belies the complexities of art, culture, and humanity."

Like Johnson, Schwartz would terminate the divorce between literature and life, make allies of literature and criticism, and remove poetry from the province of the university and return it to the domain of readers. Texts would carry meaning, embody values, and have a serious impact on life.

Richard B. Schwartz is a professor of English and dean of the Graduate School of Arts and Sciences at Georgetown University. He is the author of Samuel Johnson and the New Science, Samuel Johnson and the Problem of Evil, Boswell’s Johnson: A Preface to the "Life," Daily Life in Johnson’s London, and a novel, Frozen Stare.