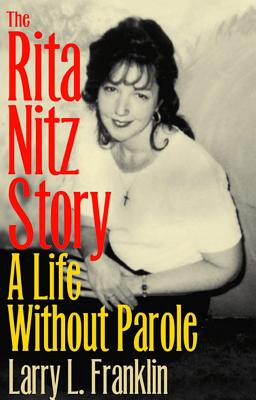 A Life Without Parole

The April 1988 murder and decapitation of twenty-three-year-old Michael Miley in rural southern Illinois horrified and enraged local residents and law enforcement officials, some of whom suspected the homicide was a hate crime. "The Rita Nitz Story: A Life Without Parole "is an in-depth personal investigation into Miley's murder, for which Rita Nitz was convicted as an accomplice to life in prison. Born in 1959, Rita was thirty when she was sentenced in 1989. Her husband, Richard Nitz, was convicted of the murder. Detailing the crime and its aftermath, Larry L. Franklin uncovers a disturbing set of facts that illuminate a possible miscarriage of justice.

Was Rita Nitz involved in the murder of Michael Miley? Franklin doesn t purport her guilt or her innocence but instead details the plight of a troubled woman who was a victim of sexual abuse and domestic violence at the hands of family members and spouses and who may also have been a victim of inadequate legal representation and a judicial system more interested in delivering the maximal punishment than in serving justice. Consulting with experts in prosecutorial conduct, jury psychology, and forensic evidence, Franklin discovered details that were withheld from the jury and the public during the trial in 1989. He also suggests other theories and names possible perpetrators involved in the murder that further imply shoddy police work and a tainted criminal investigation.

Drawing on numerous conversations with Rita at the Dwight Correctional Center in Illinois, Franklin divulges the story of Rita's tumultuous youth and her three problematic marriages. He shows her to be a battered woman who didn t fully understand the circumstances and behavior that led to her being implicated in such a hideous crime and who lacked the financial resources and emotional strength to navigate the legal tangle that entrapped her.

Franklin also points out the disparity in justice between Rita and Richard, who is up for parole in less than twenty years, while Rita remains sentenced to life without parole. In attempting to reach the truth about Miley's murder, Franklin highlights abuses in the Illinois correctional system and disparities between the treatment of male and female convicts, sketching a blueprint that could improve law enforcement and justice in rural Illinois.

Larry L. Franklin has an MFA in creative nonfiction from Goucher College in Baltimore. He lives in Makanda, Illinois.

Praise For The Rita Nitz Story: A Life Without Parole…

“Larry L. Franklin exposes the many inconsistencies and half-truths in the case. Along the way, he portrays a subculture of drifters in small-town southern Illinois and explains the life of an abused woman while confronting his own story of abuse as a child. Franklin’s investigation could change a woman’s life and correct a glaring injustice. This is a story that must be heard.”—Ted Anton, author of Eros, Magic, and the Murder of Professor Culianu

“Larry Franklin’s relentless pursuit of the truth as to why Rita Nitz is serving a life term without parole for a murder she in all likelihood did not commit—or at most was a coerced accessory to—exposes the flaws and inequities in our criminal justice system. In a system that often assigns incompetent defense attorneys to the indigent and that is ignorant of the role domestic violence can play in eroding a woman’s will, the Rita Nitzes of this country do not stand a chance. This book should be required reading for all law, criminology, and sociology students, and indeed for any American who may someday serve on a murder trial jury.”          —Molly Hurley Moran, author of Finding Susan

“The Rita Nitz Story is a compelling read, not because it's a slick thriller. . . but because Franklin is a passionate writer telling his readers a gritty tale—a story about a woman who has been a victim of one kind or another all of her life, and a story about how America's judicial system treats those without resources or even the imagination to seek them.”—ForeWord