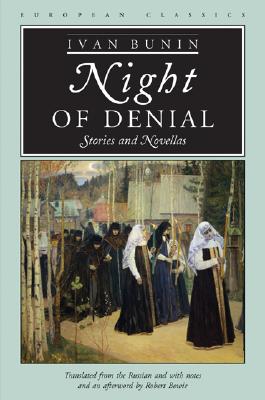 The first Russian to be awarded the Nobel Prize for literature, Ivan Bunin is often considered the last of the great Russian masters. Already renowned in Russia before the revolution, he fled the country in 1920 and lived the remainder of his life in France, where he continued to write for thirty years. Bunin made his name as a short-story writer with such masterpieces as "The Gentleman from San Francisco," the title piece in one of his collections and one of the stories in this volume. His last book of stories, Dark Avenues, was published in the 1940s. Among his longer works were a fictional autobiography, The Life of Arseniev (1930), and its sequel, Youth (1939), which were later collected into one volume, and two memoirs, The Accursed Days (1926), and Memories and Portraits (1950). He also wrote books on Tolstoy and Chekhov, both of whom he knew personally. Bunin, in fact, serves as a link-both personal and literary-between Tolstoy, whom he met as a young man, Chekhov, a close friend, and Vladimir Nabokov, who was influenced by Bunin early in his career and who moved in the same émigré literary circles in the twenties and thirties.

Bunin achieved his greatest mastery in the short story, and much of his finest work appears in this volume-the largest collection of his prose works ever published in English. In Robert Bowie's fine translation, with extensive annotations and a lengthy critical afterword, this work affords readers of English their first opportunity for a sustained encounter with a Russian classic, and one of the great writers of the twentieth century.

Ivan Bunin (1880-1953), a poet and writer of short fiction, won the Nobel Prize in literature in 1933. He is the author of The Life of Arseniev (1994) and The Liberation of Tolstoy: A Tale of Two Writers (2001), also published by Northwestern University Press. Robert Bowie is professor emeritus of Russian at Miami University of Ohio.
or
Not Currently Available for Direct Purchase
Copyright © 2020 American Booksellers Association