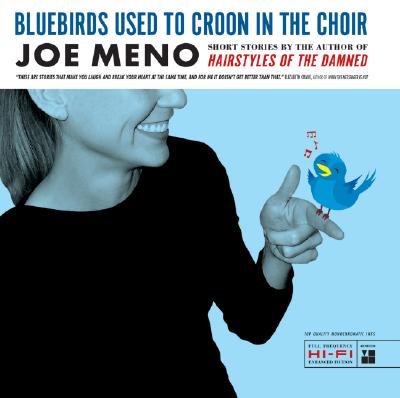 Children who anesthetize--and dress up--small wild animals in an ill-fated attempt to cheer their grieving mother; childhood friends who ritually return every year to the site of their near-kidnapping; an awkward teen trying to find his place among the cultural ruins of Greek Mythology Camp; brothers brought together, if not by mutual understanding, by a strange need to steal airport baggage: these are some of the characters who inhabit--and invariably tell--the stories in Joe Meno's Bluebirds Used to Croon in the Choir. Oddballs and charmers and would-be lovers, they are souls not so much lost as wandering, looking for something better, almost getting laid, trying to explain or, if all else fails, to entertain--and this they unfailingly do. Rarely has fiction so understated produced such hilarity and heartbreak.

Joe Meno is the author of the novels Hairstyles of the Damned (Akashic/Punk Planet, 2004), which was a Barnes and Noble "Discover Great New Writers" selection for 2004, How the Hula Girl Sings (HarperCollins, 2001), and Tender as Hellfire (St. Martin's, 1999) and of an online serial, The Secret Hand. Winner of the 2003 Nelson Algren Award for Fiction, Meno lives in Chicago, teaches at Columbia College, and is a columnist for Punk Planet.
Loading...
or
Not Currently Available for Direct Purchase