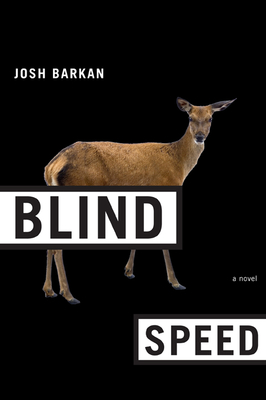 Finalist for the Paterson Fiction Prize 2009

Not since Don DeLillo and George Saunders has a writer caught the humor and irreverent seriousness of our time like Barkan has through his protagonist Paul Berger, a flawed hero whose so-called fate drives him toward enlightenment just as surely as it propels him to destruction. Berger is stunned when he receives an ominous palm reading from a savvy guru at a health retreat in Iowa, of all places. And now it seems the prophecy is coming true. His fiancée, who is about to leave him, is shot at a historic reenactment of the Revolutionary War in Concord. One of his brothers, an astronaut, dies on 9/11 in the Pentagon. And his more famous brother, a lawyer and politician, kidnaps him in a media campaign to win an election. But is Paul’s life really controlled by fate? Or is the prophecy a lie he has latched onto ever since his band went under, leaving him almost famous yet unknown—a teacher at a community college, struggling to keep his job?

Blind Speed is a wildly entertaining exploration of intersecting lives in which what happens is never solely by chance or choice. Barkan has built a uniquely American satirical novel, a thoroughly twisted journey of discovery that pops and fires from its first shot in Concord to its last rifle blast, which echoes across the heartland. With global warming, 9/11, government and corporate deceit, and ecoterrorism, the novel dives into epic ideas, capturing America in all its dangerous myths.


Praise For Blind Speed: A Novel…

"Blind Speed is a rip-roaring read that will propel you to the next page until you laugh your way across the finish line. Rarely does a novel manage to capture so many facets of the culture at large—Cool prose and piercing insights from a hot new talent." —Martin J. Sherwin, Pulitzer Prize–winning author of American Prometheus

"Blind Speed is a crazy-assed adventure of a novel, one that hilariously explores the serious issues of this era and every other: faith, love, ambition and its discontents, the possibility of spiritual regeneration, not to mention sibling rivalry and where to get a drink late at night in Boston. Josh Barkan has written a book that is whip-smart, but whose central allure resides in its oversized heart." —Steve Almond, author of (Not that You Asked) and Candyfreak

JOSH BARKAN was awarded a literature fellowship from the National Endowment for the Arts in 2006. He has taught writing at Harvard University, New York University, and Boston University and is the author of the short-story collection Before Hiroshima. A graduate of the Iowa Writers’ Workshop and Yale, he lives in New York City.