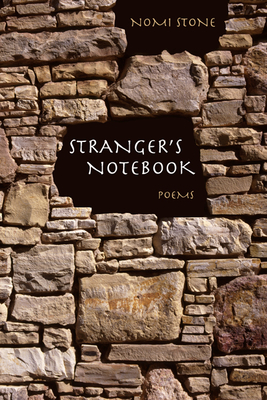 Stone's moving debut collection of verse is inspired by her encounter with perhaps the last cohesive, traditional Jewish community in the Middle East and North Africa. According to their story of origin, a handful of exiles arrived on the island of Djerba, Tunisia, in 586 B.C., carrying a single stone from the destroyed Temple in Jerusalem. Drawing from this cosmology, the poems follow a stranger who arrives into an ancient community that is both at home and deeply estranged on the island. Its people occupy the uneasy space of all insular communities, deciding when to let the world in and when to shut it out. The poems are about the daily lives and deeper cosmos of the Jews of Djerba as well as the Muslims next door. In her exploration, Stone sees vivid recurring images of keys, stones, homes, the laughter of girls, the eyes of men, the color blue, and the force of blood or bombs. With this journey of faith, doubt, longing, and home, Stone has brought readers a rare look into a story that resonates powerfully with questions of cultural preservation and coexistence.

"Stone is a genuine poet, with the capacity of seeming artless while being extremely artful." —Alicia Ostriker

"Nomi Stone brings to life the searing heat, the balance of superstition and tradition, and the flow of history that has built up to become the tremendous monument that is daily life. Stone speaks from a point both inside and out, letting us see the frame and stand inside it at the same time. It's an electric place to be." —Cole Swensen

NOMI STONE is an assistant editor at the Middle East Journal. She has a master’s degree in Middle Eastern studies from Oxford and was a Fulbright Scholar. She lives in Bethesda, Maryland.