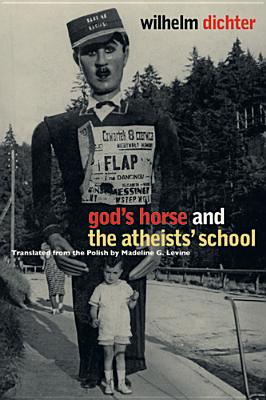 God's Horse and The Atheists' School

Wilhelm Dichter's autobiographical novels, God's Horse and The Atheists' School, have been translated into English for the first time and are presented here in a single volume. From the gradually maturing perspective of the narrator, a Polish Jewish youngster, they recount the harrowing tale of his family's struggle to survive the Holocaust and their privileged post-Holocaust lives as members of Poland's political elite. God's Horse depicts the sudden reversal of victim status that occurred when, in the postwar period, the hidden Jewish child became a little Red prince, thanks to his stepfather, a Jewish rising star in the communist regime. The Atheists' School, the sequel, follows the narrator through the years of high Stalinism into young adulthood and depicts the tensions between dedicated Jewish communists, some of whom join the elite, and Jews who are convinced that the Jews in Poland will inevitably be victimized again.

In spare, precise prose, Dichter brings to life the tensions between ideologues and pragmatists, Polish patriots and their Soviet masters. These evocative novels also provide a psychologically persuasive and profoundly moving portrait of the narrator. The author's alter ego, supported by his stalwart and overly indulgent mother, possesses the tenacity to transform himself from an awkward, traumatized child survivor into an unsettled but eventually independent-minded young man.

Normal0falsefalsefalseEN-USX-NONEX-NONEBorn in what is now Ukraine in 1935, Wilhelm Dichter survived the war in hiding, then lived in Warsaw until leaving Poland for the US in 1968. His first book, God’s Horse, was published in 1996 and nominated for the Nike Prize, followed by The Atheists’ School in 1999 and English Lessons in 2010.

Madeline G. Levine is Kenan Professor of Slavic Literatures Emerita at UNC – Chapel Hill. Among the books she has translated are A Scrap of Time and Other Stories by Ida Fink (Northwestern University Press, 1995), The Woman from Hamburg and Other True Stories by Hanna Krall (2005), and several volumes of prose by Czeslaw Milosz.