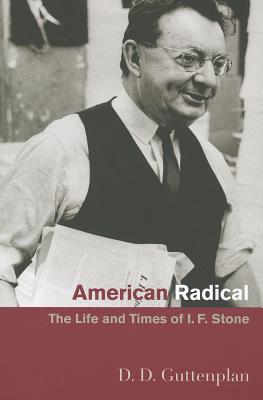 The Life and Times of I. F. Stone

Popular Front columnist and New Deal propagandist, fearless opponent of McCarthyism and feared scourge of official liars, I. F. Stone (1907–1989)— magnetic, witty, indefatigable—left a permanent mark on our politics and culture. A college dropout, he was already an influential newsman by the age of twenty-five, enjoying extraordinary access to key figures in Washington and New York. Guttenplan finds the key to Stone’s achievements throughout his singular career—not just in the celebrated I. F. Stone’s Weekly—lay in the force and passion of his political commitments. Stone’s calm and forensic yet devastating reports on American politics and institutions sprang from a radical faith in the long-term prospects for American democracy.

In an era when the old radical questions—about war, the economy, health care, and the right to dissent—are suddenly new again, Guttenplan’s lively, provocative book makes clear why so many of Stone’s pronouncements have acquired the force of prophecy.


Praise For American Radical: The Life and Times of I. F. Stone…

“Guttenplan’s lively biography brings back to life a man whose work has often been forgotten but whose writing and life provide a model for the kind of freethinking journalism missing in society today.”

D. D. Guttenplan, London correspondent for The Nation and higher education writer for the In­ternational Herald Tribune, is the author of The Holocaust on Trial: History, Justice, and the David Irving Libel Case (2001).