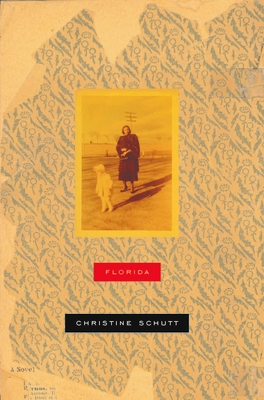 Finalist for the 2004 National Book Award

Florida is the portrait of the artist as a young woman, an orphan's story full of loss and wonder, a familiar tale told in original language. Alice Fivey, fatherless at age seven, is left in the care of her relatives at ten when her love-wearied mother loses custody of her and submits to the sanitarium and years of psychiatric care. A namesake daughter locked in the orphan's move-around life, she must hold still while the seamstress pins her into someone not her mother. But they share the same name, so she is her mother, isn't she?

Alice finds consolation in books and she herself is a storyteller who must build a home for herself word by right word. Florida is her story, recalled in brief scenes of spare beauty and strangeness as Alice moves from house to house, ever further from the desolation of her mother's actions, ever closer to the meaning of her experience. In this most elegiac and luminous novel, Schutt gives voice to the feast of memory, the mystery of the mad and missing, and above all, the life-giving power of language.

Christine Schutt is the author of the novel Florida (Northwestern, 2004), a finalist for the 2004 National Book Award for Fiction, and Nightwork (Dalkey Archive, 2000), a collection of short stories named by poet John Ashbery as the best book of 1996 for the Times Literary Supplement. Her work, which has garnered an O. Henry Prize and a Pushcart Prize, is published widely in literary journals. Her new short-story collection A Day, A Night, Another Day, Summer is forthcoming from TriQuarterly Books/Northwestern University Press in 2005. Schutt lives and teaches in New York City.

"This is a portrait of bravery and this is the portrait of an artist. When Schutt grinds her pen against the ground, we expect it to bleed." --Diane Williams, author of Romancer Erector

"Writing with razor-sharp observation, in Florida Christine Schutt has created an admirably precise, spare, and yet detailed portrait of the contingencies that give rise to a young girl's anguish and her stubborn endurance against all odds."
—Lydia Davis, author of Samuel Johnson is indignant

"Christine Schutt's sad and funny novel of a little girl adrift amid a group of childish adults has the same brilliancy of close observation that distinguished her collection of stories Nightwork. Everything the child sees is unstable, but the fixed intensity of her gaze grounds her chaotic home life and almost confers a logic on it. Florida is an amazing achievement."