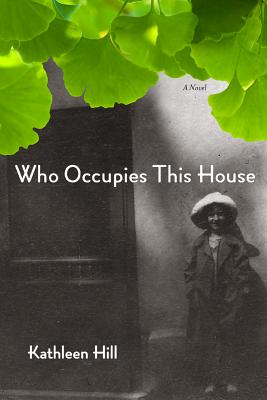 Who Occupies This House

Kathleen Hill’s finely wrought novel tells the story of four generations of an Irish-American family that has lived in the same house for almost a century. Grieving the death of her mother and the imminent sale of the house, the narrator sets out to re-create the hidden, intimate lives of those who came before. Through a series of vignettes she conjures a family devastated in each generation by the loss of a child.

The narrator’s project, inspired at the outset by silences that extend backward to the untold story of the Famine, turns into a vast exploration of loss, inheritance, and the nature of memory. In a voice both stark and lyrical, the narrator calls up transformative, often tragic, moments in lives that have shaped her own. Remembering a past she never knew, she hopes to release from its sway the vanishing present.

Who Occupies This House is a strikingly beautiful account of the difficult reckoning with one’s family legacy that every adult faces. Punctuated by photographs and images that bring the narrative into sharp focus, it will draw comparisons to such divergent writers as W.G. Sebald and Kate O’Brien.

Praise For Who Occupies This House: A Novel…

"This is a novel of great beauty. Step by step, it works its way deep into the interior lives of vanished family, sifting through evidence to solve mysteries, re-judge sorrows, and think, over and over, about forgiveness. An intense, exacting, and extraordinary book." —Joan Silber, author of Household Words and The Size of the World

"Part history, and part hypothesis, Kathleen Hill’s family memoir is a lyrical evocation of three generations whose spirits live on in those dwelling places that they have loved. This is a haunted book in the best sense: these lives, these spirits, beautifully portrayed, will stay with you forever." —Charles Baxter, author of The Soul Thief

"Who Occupies This House asks us, brilliantly, to consider and reconsider the long lines of suffering and the legacies of the past. But it is also a narrative of passion and faith and sweetness and long affections as the Conroys and the Carmodys seek and find their family. With fierce intelligence and lustrous prose Kathleen Hill takes the reader on a remarkable journey stretching from Ireland to America and back again. I was transported by this book."—Margot Livesey, author of The House on Fortune Street

Kathleen Hill teaches in the M.F.A. Program at Sarah Lawrence College. Her novel Still Waters in Niger (Northwestern, 1999) was named a Notable Book by the New York Times, the Los Angeles Times, and the Chicago Tribune, and the French translation was shortlisted for the Prix Femina Etranger. It was also nominated for an IMPAC Dublin Literary Award. Her stories have appeared in Best American Short Stories, Pushcart Prize XXV, and The Pushcart Book of Short Stories.
Loading...
or
Not Currently Available for Direct Purchase