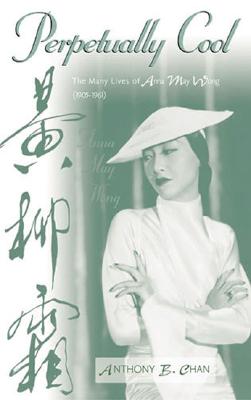 Anna May Wong was an extraordinary Asian American woman who became the country's most famous film actress of Chinese descent. From small parts in silent films to starring roles in Hollywood and across the Atlantic, Wong made an impression on audiences of all persuasions. In Perpetually Cool, Anthony Chan takes the reader on a compelling journey through Wong's early years in Los Angeles and her first Hollywood pictures. Chan also examines the scope and nature of race, gender, and power and their impact on Wong's personal growth as a Chinese American. Perpetually Cool is not only the captivating story of a cinematic career, but also of roots and identity, as it recounts Wong's desire to connect with her heritage in the United States and in China. Chan provides extensive textual analyses of Wong's signature films, especially The Toll of the Sea (1922), The Thief of Bagdad (1924) with Douglas Fairbanks, and her most famous role as Hui Fei in Shanghai Express (1932), opposite Marlene Dietrich. Perpetually Cool is a fitting tribute to the influence of this Chinese American icon.

Anthony B. Chan is Associate Professor of Communication at the University of Washington, Seattle, and the author of Arming The Chinese (1982), Gold Mountain (1983), Li Ka-shing: Hong Kong's Elusive Billionaire (1996), and co-editor of People to People (1997). He was a Senior Producer and Anchor of Focus at TVB, Hong Kong, and a television journalist at the Canadian Broadcasting Corporation. Currently an independent filmmaker, his four part series on Asian Americans in Vietnam includes American Nurse (1993), Sweat Heat (1998), and The Insanity of It All (2002).
Loading...
or
Not Currently Available for Direct Purchase