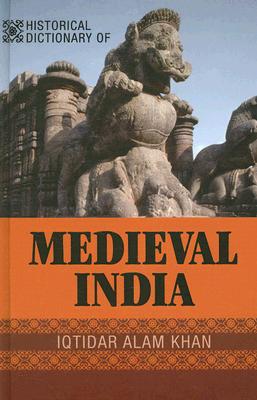 The medieval period of Indian history is difficult to define clearly. It may be perceived as the long phase of India's transition from the ancient to the immediately pre-colonial times. The latter period would naturally be imagined commencing from Vasco da Gama's voyage round the Cape of Good Hope in 1498, or, alternatively, the establishment of the Mughal empire (1526). More definitely though, the renewed Islamic advance into north India, roughly from 1000 A.D. onwards leading to the rise of the Delhi Sultanate (1206), can be held to mark, in political and cultural terms, the beginning of the medieval period. For the purpose of the Historical Dictionary of Medieval India, the period from 1000 A.D. to 1526 A.D. will be considered India's medieval times. The turbulent history of this period is told through the book's chronology, an introductory essay, a bibliography, and hundreds of cross-referenced dictionary entries on key people, historical geography, arts, institutions, events, and other important terms.

Iqtidar Alam Khan is a retired professor of history from Aligarh Muslim University in Aligarh, India. He was the General President of the Indian History Congress' 59th session held at Bangalore in 1997.
Loading...
or support indie stores by buying on