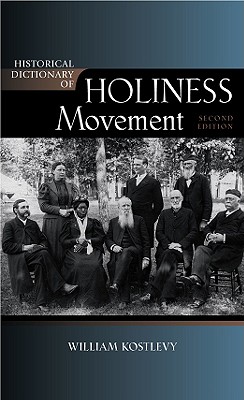 It is much harder to define a religious movement than it is to define a religion or denomination. That applies especially when that movement almost defies definition as the Holiness Movement does. The Holiness Movement is a Methodist religious renewal movement that has over 12 million adherents worldwide. Perhaps the most familiar public manifestation of the holiness movement has been its urban holiness missions, and the Salvation Army-noted for its service ministries among poor and people suffering the dislocations that accompany war and disaster-is the most notable example. In the second edition of the Historical Dictionary of the Holiness Movement, important new developments in the Holiness Movement-such as the widely discussed "Holiness Manifesto"-are thoroughly discussed, and the content has also been expanded to include information on figures from Asia and Africa to reflect the continued growth of the Holiness Movement. With a chronology, an introductory essay, a bibliography, and over 400 cross-referenced dictionary entries, this reference has information that cannot be found elsewhere.

William Kostlevy is associate professor of history and political science at Tabor College and is the author of Holiness Manuscripts (1994).
Loading...
or support indie stores by buying on