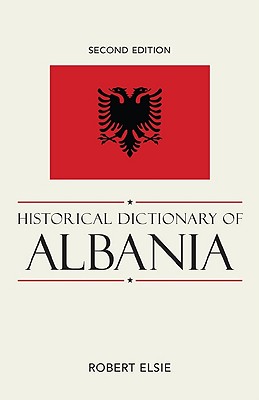 Albania is not well known by outsiders; it was deliberately closed to the outside world during the communist era. Now it has thankfully become free again, its borders are open and it can be visited, and it is increasingly integrating with the rest of Europe and beyond. Unfortunately, Albania has had its share of problems in the post-communist era; it's a land of destitution and despair, thanks in part to the Albanian mafia, which has turned the country into one of blood-feuds, kalashnikovs, and eternal crises. Yet, Albania is, in essence, a European nation like any other and will soon, it is to be hoped, advance and take its proper place in Europe and the world. The second edition of the Historical Dictionary of Albania relates the history of this little-known country through a detailed chronology, an introduction, a bibliography, appendixes, and over 700 cross-referenced dictionary entries on significant persons, places, and events; institutions and organizations; and political, economic, social, cultural, and religious facets.

Robert Elsie is the author of over 50 books and numerous articles. He has served as a translator and interpreter of Albanian, most recently before the International Criminal Tribunal for the Former Yugoslavia, and presently he works for the Hague Tribunal.
Loading...
or support indie stores by buying on