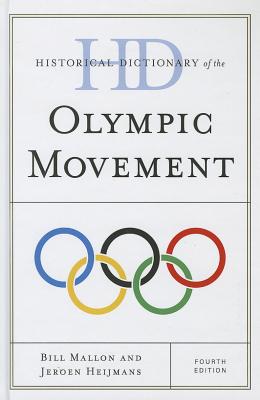 The Olympic Games are one of the most watched sporting events on the planet. It has made world-famous celebrities out of its most successful athletes, including Michael Phelps, Mark Spitz, Carl Lewis, Nadia Comăneci, Apolo Anton Ohno, Bruce Jenner, Kerri Strug, Nancy Kerrigan, and Usain Bolt. But the term "Olympic Movement" is foreign to all but devoted followers of the Olympics. Basically, the Olympic Movement is an attempt to bring all the nations of the world together in a series of multi-sport festivals, and it seeks to use sport as a means to promote internationalism and peace. The fourth edition of the Historical Dictionary of the Olympics presents a comprehensive history of the games from the first recorded history of the games in 776 B.C. to the present day. This is done through a chronology, forewords by Dan Jansen and Mike Krzyzewski, an introductory essay, appendixes, a bibliography, photos, and over 900 cross-referenced dictionary entries covering the history, philosophy, and politics of the Olympics and, of course, the medal winners. This book is an excellent access point for students, researchers, and anyone wanting to know more about the Olympics.

Bill Mallon, M.D., is an orthopaedic surgeon who is in his second career, as he previously played for four years (1976-79) on the U.S. PGA Tour. During his golf career, he won over 40 tournaments, both amateur and professional. For his contributions to the Olympic Movement, he was awarded the Olympic Order in Silver in 2001, and he has previously co-authored three editions of the Historical Dictionary of the Olympic Movement for Scarecrow Press. Jeroen Heijmans is an information technology professional from the Netherlands. He has written extensively about the Olympic Games on the Dutch sports history site Sportgeschiedenis.nl and is a member of the International Society of Olympic Historians.
or
Not Currently Available for Direct Purchase
Copyright © 2020 American Booksellers Association