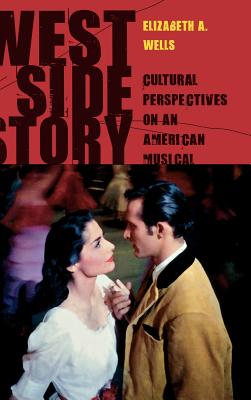 Cultural Perspectives on an American Musical

In West Side Story: Cultural Perspectives on an American Musical, Wells presents a major scholarly study of the famous American musical West Side Story, viewing the work from cultural, historical, and musical perspectives. From the "mambo craze" of the 1950s to the work's ongoing permeation of popular culture, Wells looks at the myriad ways in which this canonic musical reflects and refracts American culture. Drawing on primary documentary sources, oral history-including interviews with members of the original creative team such as Stephen Sondheim and Arthur Laurents-and early sketch material, Wells explores the creation and dissemination of West Side Story to diverse audiences. After a short history of West Side Story's creation, each chapter investigates the musical from a different cultural perspective, examining its relationship to the classical canon and Leonard Bernstein's investment in that tradition, juvenile delinquency in the 1950s, feminism and the women of West Side Story, Latin-American and Hispanic influences, and its international reception and distribution. Richly illustrated with images and musical examples and complete with factual appendixes like a chronological timeline, discography, and cast and crew list, this fascinating account is exciting for specialists and non-specialists alike.

Elizabeth A. Wells is associate professor and head of the music department at Mount Allison University. She has been published in Cambridge Opera Journal and Journal of the American Musicological Society. Wells is also the recipient of the 3M National Teaching Fellowship (2010), Canada's top teaching honor.
Loading...
or support indie stores by buying on