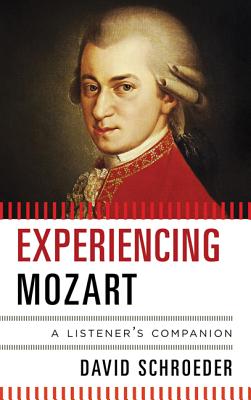 Titles in the Listener's Companion Series provide readers with a deeper understanding of key musical genres and the work of major artists and composers. Aimed at nonspecialists, each volume clearly explains how to listen to works from particular artists, composers, and genres. Examining both the context in which the music appeared and its form, authors provide the environments in which key musical works were written and performed-from a 1950s bebop concert at the Village Vanguard to a performance of Handel's Messiah in eighteenth-century Dublin. Wolfgang Amad Mozart (1756-1791) remains as popular today as ever. His recordings fill iTunes playlists, and annual Mozart festivals are performed worldwide. His eminence as a musician has supported overseas guided tours, served as the subject of a cartoon series (Little Amadeus: twenty-nine episodes from 2006 to 2008), inspired movies and documentaries, and launched a French rock opera. In Experiencing Mozart: A Listener's Companion, music historian David Schroeder illustrates how the issues Mozart cared about so deeply remain important to modern listeners. His views on politics, women, authority, and religion are provided, along with compelling analysis of selected great symphonies and sonatas, moving concertos and innovative keyboard works, and groundbreaking operas. Schroeder merges his vast knowledge of the great artist's personal and professional life, late eighteenth-century European culture and society, and remarkable musicianship to guide listeners in the art of listening to Mozart. This work is an ideal introduction to readers and listeners at any level.

David Schroeder is professor emeritus at Dalhousie University in Halifax, Nova Scotia, Canada. His previous books include Haydn and the Enlightenment, Mozart in Revolt: Strategies of Resistance, Mischief and Deception, Our Schubert: His Enduring Legacy, and Hitchcock's Ear: Music and the Director's Art.
Loading...
or support indie stores by buying on