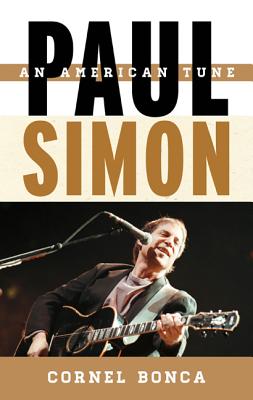 Paul Simon: An American Tune is the first full-scale survey of the career of one of the most honored musicians and songwriters in American history. Starting out as a teeny-bopper rocker in the late 1950s, Paul Simon went on to form the most influential pop duo of the 1960s-Simon & Garfunkel-and after their break-up in 1970, launch one of the most successful, varied, and surprising solo careers of our time. In Paul Simon: An American Tune, Cornel Bonca considers Simon's vast trove of songs in the biographical and cultural context in which he wrote them: from the pop cultural revolution of the 1960s which Simon himself helped to create, the singer-songwriter movement of the 1970s, the turn toward world music in the 1980s that gave the world the monumental Graceland, to the intimate personal turn his music took in the millennial era. Analyzing Simon's albums one by one, often song by song, Bonca provides a deep and artful exploration of the work of one of today's major songwriters. Offering a lucid and vivid portrait of an astonishing decades-long career, Paul Simon: An American Tune will interest a wide audience, from Simon fans to students and scholars of American popular culture.

Cornel Bonca is Professor of English and Comparative Literature at California State University, Fullerton. His criticism, journalism, and fiction have appeared in Salon, The New York Observer, The Los Angeles Review of Books, OC Weekly Modern Language Studies, Jacaranda, and two dozen other publications.
Loading...
or support indie stores by buying on