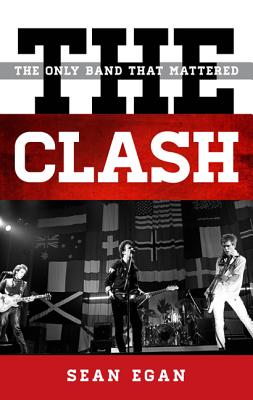 The Only Band That Mattered

When considered in a broader social context, The Clash stand as one of the most important musical acts in rock history. Original punks who transcended the music's minimalist origins, The Clash lived and breathed the idea that they could change the world with their art. In The Clash: The Only Band That Mattered, respected music critic Sean Egan examines The Clash's career and art through the prism of the uniquely interesting and fractious UK politics of the 1970s and '80s, without which they simply would not have existed. Tackling such subjects as The Clash's self-conscious tussles with their record label, the accusations of selling out that dogged their footsteps, their rivalry with the similarly leaning but less purist Jam, the paradoxical quality of their achieving multiplatinum success, and even whether their denunciations of Thatcherism were proven wrong, Egan has come up with new insights into a much discussed group. Clash fans, Clash haters, social historians, and political students will all find themselves entertained by his thought-provoking conclusions.

Sean Egan has contributed to, among others, Billboard, Book Collector, Classic Rock, Record Collector, Tennis World, Total Film, Uncut, and RollingStone.com. He has written or edited two dozen books, including works on The Beatles, Jimi Hendrix, The Rolling Stones, Manchester United, Coronation Street, and Tarzan.
Loading...
or support indie stores by buying on