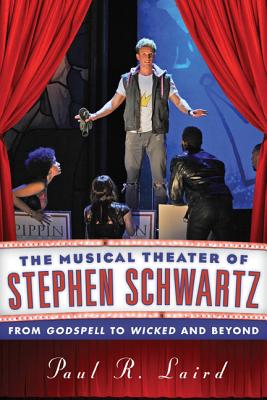 The Musical Theater of Stephen Schwartz

From Godspell to Wicked and Beyond

As the composer/lyricist for Godspell, Pippin, Wicked, and other musicals, Stephen Schwartz has enjoyed one of the most significant careers in American musical theater for more than four decades. Schwartz has also achieved success on the big screen, contributing to such films as Enchanted, The Prince of Egypt, and Pocahontas. For his work, he has received six Tony nominations, three Grammys, and three Academy Awards. The Musical Theater of Stephen Schwartz: From Godspell to Wicked and Beyond is a detailed examination of Schwartz's various projects throughout his career. Musicologist Paul R. Laird discusses at length Schwartz's major shows and also considers his other ventures, such as the music and lyrics for animated features from Disney and Dreamworks. The book focuses on two major aspects of Schwartz's creations: the process of collaboration resulting in a project's completion and a descriptive analysis of his music and lyrics. Laird also describes each show's critical reception and its place in the larger history of musical theater. Based on extensive interviews with Schwartz and a number of his major collaborators, this book provides a rare look into the creation of the composer and lyricist's shows and films. The Musical Theater of Stephen Schwartz is intended for fans as well as students and professional researchers in music, theater, and the musical theater.

Paul R. Laird is professor of musicology at the University of Kansas, where he teaches courses in music history, musical theater, and directs the Instrumental Collegium Musicum. He is the coauthor of Historical Dictionary of the Broadway Musical (2007) and author of The Baroque Cello Revival: An Oral History (2004) and Wicked: A Musical Biography (2011), all published by Scarecrow Press.
Loading...
or support indie stores by buying on