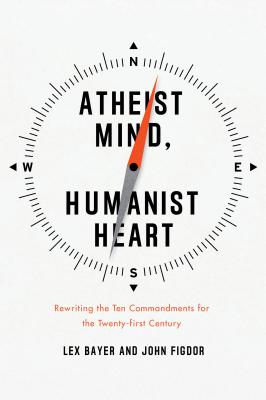 Rewriting the Ten Commandments for the Twenty-First Century

Atheist Mind, Humanist Heart asks an essential question for the 45 million Americans who self-identify as nonreligious: "So, you don't believe in God; now what?" This question is increasingly important, as one-third of young adults under the age of thirty consider themselves nonreligious. With a scientific eye and an empathetic heart, the authors turn conventional perceptions about atheism on their head. They show that atheism need not be reactionary (against religion and God), but rather that it can offer a clear set of constructive principles to live by, which establish atheism as a positive worldview. Following a philosophical approach grounded in logic and evidence, Bayer and Figdor take readers on an inspiring journey to discover how to live a reasonable, ethical, and happy life without God. The readers are engaged at every step, encouraged to self-reflect and ultimately uncover their own set of personal beliefs.

Lex Bayer serves as a board member of the Humanist Connection, a humanist, atheist, and agnostic nonprofit organization serving Stanford University and Silicon Valley. His foray into the philosophy of belief began with an award-winning paper on religion while an undergrad at Stanford University. Lex is a technology entrepreneur and inventor holding more than twenty patents. As CEO and cofounder of his first company, he pioneered a payments platform that grew to service five million customers and was ultimately acquired by Visa Inc. John Figdor is the humanist chaplain serving atheist, humanist, and agnostic communities at Stanford University, where he organizes events and programs for both students and community members in the San Francisco Bay area. Figdor and his work have been discussed in the New York Times, the Washington Post, the Huffington Post, and the San Francisco Chronicle. He speaks regularly around the United States on humanist topics. He holds a master of divinity degree from Harvard Divinity School and was previously the assistant humanist chaplain at Harvard. Visit their website at http: //www.atheistmindhumanistheart.com
Loading...
or
Not Currently Available for Direct Purchase