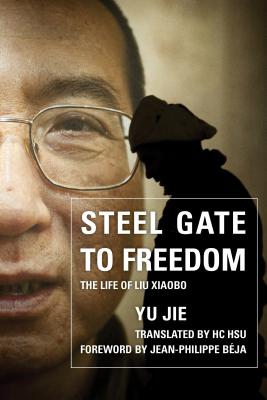 The Life of Liu Xiaobo

On December 10, 2010, on stage in Oslo City Hall, an empty chair sat before more than one thousand people, holding only the medal and diploma of the year's Nobel Peace Prize winner. A larger-than-life photo of a smiling Liu Xiaobo hung in the background. This striking image is now known throughout the world. But who is Liu Xiaobo? For the first time, this biography by renowned Chinese author and close friend Yu Jie offers a first-hand look into the man behind the empty chair. Dissident, prisoner, poet, scholar, Liu was compelled by intolerable circumstances to embark on a campaign of intellectual dissent, becoming in the course of his journey a leading human rights activist and one of the most important political figures in modern history. In the quarter century since the Tiananmen Square massacre of 1989, Liu has been unable to lead a normal life. In this first authorized biography, Yu traces an extraordinary man's odyssey, from growing up in the northeast and Inner Mongolia during the Cultural Revolution, through his meteoric rise in Beijing's intellectual circles and his pivotal role in the Tiananmen protests and subsequent imprisonments, to the founding of the controversial Independent Chinese PEN and groundbreaking Charter 08, his poignant relationship with wife Liu Xia, and winning the 2010 Nobel Peace Prize. It is also a love story between two poets who, though separated by three hundred miles and eleven years behind bars, are united in their persistence to speak truth to power, inspiring countless others.

Yu Jie is an award-winning writer, one of China's most prominent essayists and critics, and a leading democracy activist and coauthor of Charter 08. His work has been banned in China since 2004, and he was arrested and tortured in 2010 for his close ties with Nobel Laureate Liu Xiaobo. Because of Yu's work on this biography, he was subjected to lengthy house arrest, as well as to kidnap and torture. A senior official in the Beijing security apparatus threatened Yu with a harsh prison sentence if he proceeded with his plans to publish. Yu had no choice but to leave China, bringing his wife and son with him to the United States in 2012. HC Hsu is the author of Love Is Sweeter (2013) and Middle of the Night (2015). An award-winning essayist and short-story writer, his works have appeared in both English and Chinese. His translations of Hu Lancheng, Chu Tien-wen, Chen Kehua, Yuan Ch'iung-ch'iung, and others also have been widely published.
Loading...
or support indie stores by buying on