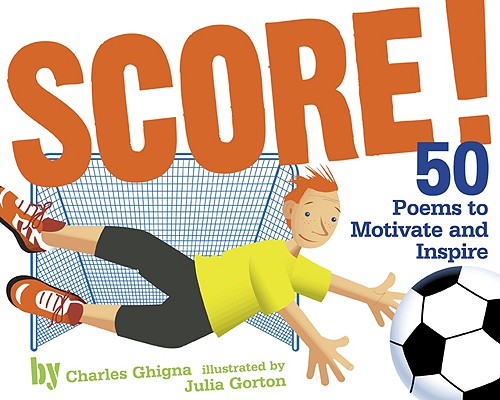 50 Poems to Motivate and Inspire

Charles Ghigna - Father Goose® lives in a treehouse in the middle of Alabama. He is the author of more than 100 award-winning books from Random House, Disney, Hyperion, Scholastic, Simon & Schuster, Time Inc., Abrams, Boyds Mills Press, Charlesbridge, Capstone, Orca and other publishers, and more than 5000 poems, many of which appear in textbooks and anthologies, and in newspapers and magazines from The New YorkerandHarper'sto Cricketand Highlights. He served as poet-in-residence and chair of creative writing at the Alabama School of Fine Arts, and as a nationally syndicated feature writer for Tribune Media Services. He has spoken at schools, colleges, conferences, libraries, and literary events throughout the U.S. and overseas, and has read his poems at The Library of Congress, The John F. Kennedy Center for the Performing Arts, the American Library in Paris, the American School in Paris, and the International Schools of South America. For more information, please visit his website at FatherGoose.com.

Julia Gorton is the illustrator and designer of many books, including The Gumdrop Tree. She teaches graphic design at Parsons the New School for Design and lives in Glen Ridge, New Jersey.