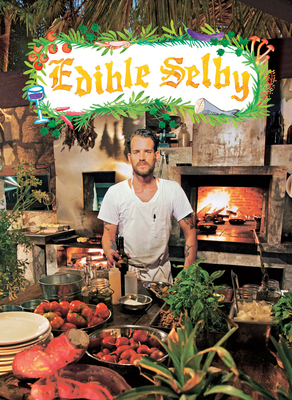 Photographer Todd Selby is back, this time focusing his lens on the kitchens, gardens, homes, and restaurants of more than 40 of the most creative and dynamic figures working in the culinary world today. He takes us behind the scenes with Noma chef René Redzepi in Copenhagen; to Tokyo to have a slice with pizza maker Susumu Kakinuma; and up a hilltop to dine at an inn without an innkeeper in Valdobbiadene. Each profile is accompanied by watercolor illustrations and a handwritten questionnaire, which includes a signature recipe. Reveling in the pleasures of a taco at the beach, foraging for wild herbs, and the art of the perfectly cured olive, Selby captures the food we love to eat and the people who passionately grow, cook, pour, and serve these incredible edibles every day.

“Todd Selby has turned his curious eye to the kitchens of some of the world’s most imaginative cooks, artisans, and foragers. Far too often, food and the people who produce it are hidden behind closed doors or lost in an industrial food system, so it’s heartening to see this book champion those who have nothing to hide. With Todd’s trademark good humor and disarmingly quirky style, Edible Selby is a pure celebration of the creativity and authenticity of the wonderful individuals who are bringing real food to the table.”

“Todd Selby’s foray into the world of food is every bit as intriguing as his eccentric take on the world of interiors. Long live Signor Selby!”

“Edible Selby captures the energy and excitement of today's food world. This book is pure Selby.”

“Exploring the world for food, that’s what Edible Selby is all about…and hopefully, you get really hungry when you read it.”
—New York Daily News

“Photographer Todd Selby has an uncanny eye for the beauty of the unconventional kitchen; in his second book, he features cooks, chefs, and other culinary creative types in their workspaces—complete with recipes and witty hand-drawn illustrations.”


“This is a book to read on the couch and leave there. Next you’ll want to go to the kitchen and get crazy and make a mess. You will let your hair down, and the meal will be infused with life.”
—TheKitchn.com

Todd Selby is an interiors, fashion, and portrait photographer and painter whose work has been featured in British Vogue, Nylon, New York magazine, and the London Sunday Times. He lives in New York City.

Sally Singer is the editor of T: The New York Times Style Magazine. She lives in New York City.

Chad Robertson is the James Beard Award–winning co-owner of Tartine Bakery in San Francisco.
Loading...
or support indie stores by buying on