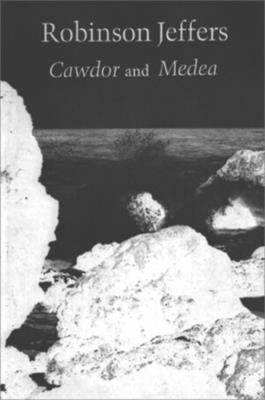 Here for a new generation of readers and students are two major poetic works of Robinson Jeffers (1887-1962).

The verse narrative Cawdor, set on the ruthless California coast which Jeffers knew so well, tells a simple tale: an aging widower, Cawdor, unwilling to relinquish his youth, knowingly marries a young girl who does not love him. She falls in love with his son, Hood, and the narrative unfolds in tragedy of immense proportions.

Medea is a verse adaptation of Euripides' drama and was created especially for the actress Judith Anderson. Their combined genius made the play one of the outstanding successes of the 1940s. In Medea, Jeffers relentlessly drove toward what Ralph Waldo Emerson had called "the proper tragic element"—terror.

John Robinson Jeffers (1887–1962) graduated from Occidental College at the age of eighteen. Subsequently, he studied literature at the University of Southern California; philosophy, Old English, Dante, and Spanish romantic poetry in Switzerland; medicine at USC; and forestry at the University of Washington. Much of his poetry focused on the central California coast.

Praise For Cawdor and Medea…

I am amazed at its power and beauty...The music of the verse carries one along as it were the sea, drifting and rocking, and dreaming and moaning.
— Edgar Lee Masters
or
Buy Here
Copyright © 2020 American Booksellers Association