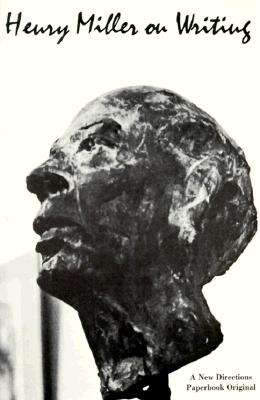 “A brilliant selection . . . it is in short a voyage of discovery, an adventure and this the log of that voyage in the life of a probing and powerful writer.” —Robert R. Kirsch, Los Angeles Times

Some of the most rewarding pages in Henry Miller's books concern his self-education as a writer. He tells, as few great writers ever have, how he set his goals, how he discovered the excitement of using words, how the books he read influenced him, and how he learned to draw on his own experience.

Henry Miller (1891—1980) was one of the most controversial American novelists during his lifetime. His book, The Tropic of Cancer, was banned in the some U.S. states before being overruled by the Supreme Court. New Directions publishes several of his books.
Loading...
or support indie stores by buying on