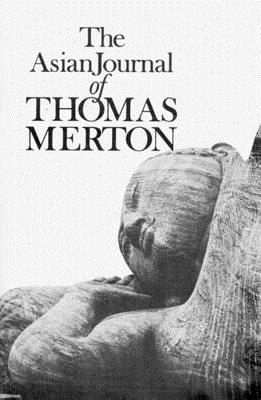 "This is quintessential Merton."—The Catholic Review.

"The moment of takeoff was ecstatic...joy. We left the ground—I with Christian mantras and a great sense of destiny, of being at last on my true way after years of waiting and wondering..." With these words, dated October 15. 1968, the late Father Thomas Merton recorded the beginning of his fateful journey to the Orient. His travels led him from Bangkok, through India to Ceylon, and back again to Bangkok for his scheduled talk at a conference of Asian monastic orders. There he unequivocally reaffirmed his Christian vocation. His last journal entry was made on December 8, 1968, two days before his untimely, accidental death. Amply illustrated with photographs he himself took along the way and fully indexed, the book also contains a glossary of Asian religious terms, a preface by the Indian scholar Amiya Chakravarty, a foreword and postscript by Brother Patrick Hart of the Abbey of Gethsemani, as well as several appendices, among them the text of Merton's final address.

Thomas Merton (1915-1968) entered the Cistercian Abbey of Gethsemani in Kentucky, following his conversion to Catholicism and was ordained in 1949. During the 1960s, he was increasingly drawn into a dialogue between Eastern and Western religions and was actively engaged with domestic issues of war and racism.

James Laughlin (1914–1997) founded New Directions in 1936 while still a student at Harvard. He wrote and compiled more than a dozen books of poetry as well as stories and essays; seven volumes of his correspondence with his authors are available from W.W. Norton.


Praise For The Asian Journal of Thomas Merton…

Painstakingly edited by a team of scholarly admirers, but still tantalizingly unfinished, the journal is a collage of Asian images, sacred and profane....And the book itself is a kind of mandala, drawing the reader deep into a philosophical analysis, then abruptly forcing him out into the physical world.
or support indie stores by buying on
Copyright © 2020 American Booksellers Association